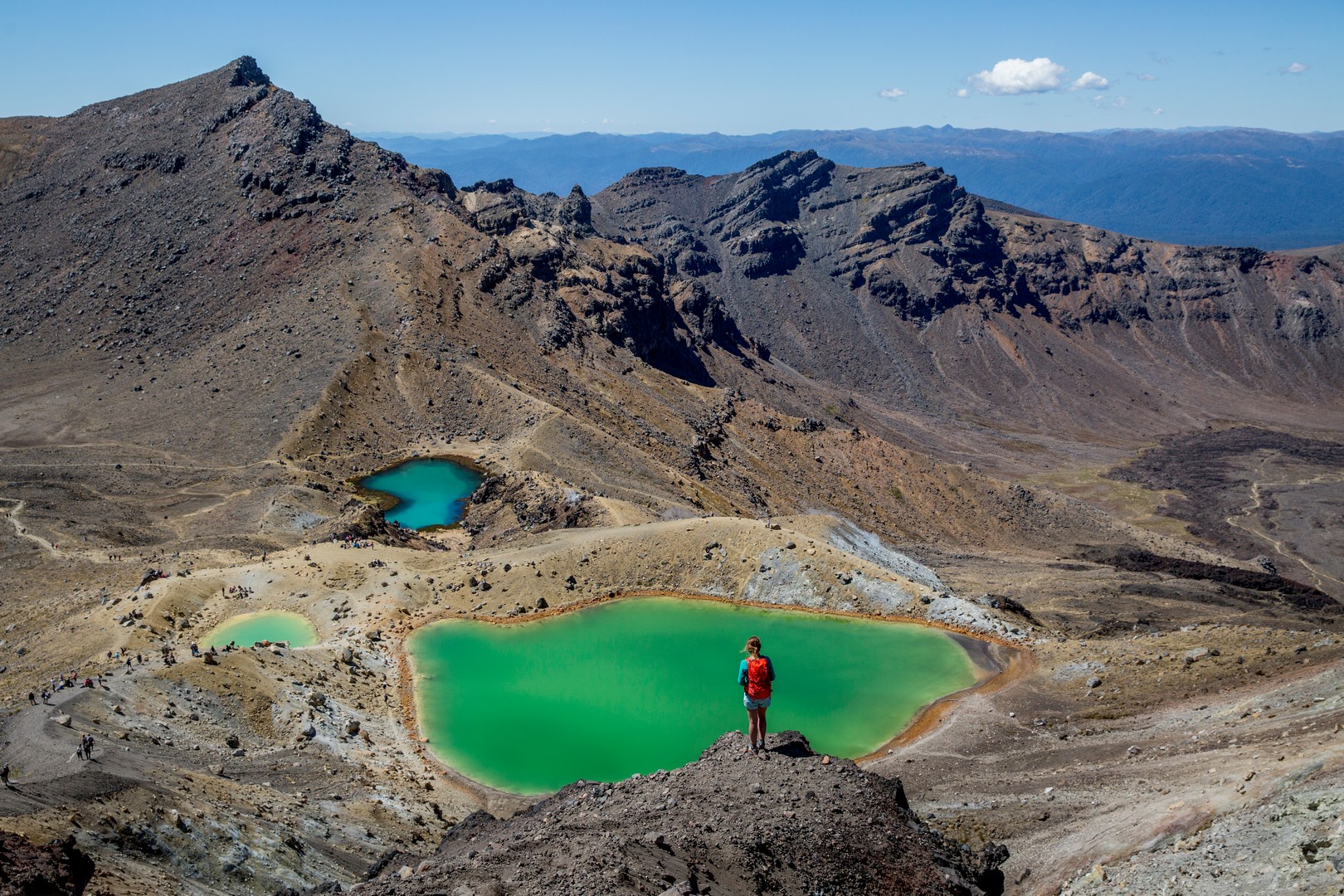 Deemed by UNESCO to be one of the world’s top two percent in cultural and natural significance, the Tongariro National Park holds a very special place in Maori lore.

In a world of increasing development and expansion, the Tongariro National Park’s protected status as a dual World Heritage Status provides some security for the intrinsic value of this incredible landscape.

“Behold, beyond are the fires of these mountains and the lands we have held in trust for you. Take them in your care and cherish them, they are your heritage, and the heritage of your children.”

Deemed as culturally, historically or environmentally significant by the United Nations Educational, Scientific and Cultural Organisation (UNESCO), the Tongariro National Park is one of just three areas in New Zealand which has been recognised as a UNESCO World Heritage Site.

However, the park is a place far too special too be constrained by one category of protection and in 1993 it became the very first area inscribed on the World Heritage List under revised criteria allowing dual status.

As a coup for indigenous communities everywhere, this momentous decision recognised so much more than simply the land and structures which make up a location, as it sought to understand the intangible cultural value so often associated with spiritual sites.

In its 1993 decision UNESCO introduced the concept of ‘universal value’, extending the phrase and its meaning so that it no longer excludes sites which have been deemed valuable only under differing cultural interpretation.

Becoming New Zealand’s first National Park in 1894, the park was gifted to the people of New Zealand by the Ng?ti T?wharetoa Iwi (indigenous Maori people of the land), led by Horonuku Te Heuheu Tukino IV.

Believing that the mountains at the beating heart of the park; Tongariro, Ngauruhoe and Ruapehu have metaphysical significance for all living beings, Horonuku enacted a tuku – or customary practise of protection which compelled the intergenerational preservation of the taonga (Maori expression for object or natural resource of extraordinary significance).

Built on a deep kinship which exists between human beings and the natural world, Maori story-telling is famous the world over for its rich blend of myth, legend and beauty – perhaps best exemplified in the story of Ng?toroirangi and the origin of Tongariro.

As the story goes, while exploring the central plateau, Ng?toroirangi, archpriest of the people of the Te Arawa canoe spied Tongariro from the south and became instantly fascinated by the other-worldly peak.

After travelling to to the region of Rangip? (east of the Tongariro National Park), Ng?toroirangi came into conflict with Hape-ki-t??rangi, a challenger laying territorial claim to the region.

Legend has it that Ng?toroirangi conjured powerful enchantments to bring snow, sleet and bad weather in order to defeat his rival, however those same strong southerly winds had badly weakened him after the strenuous climb.

Ng?toroirangi had no choice but to call on ancestral spirits to protect him from death.

Sending fire from the mountains of New Zealand, and as far away as Hawaiki, Ng?toroirangi’s guardians gave him the warmth necessary to survive, which endures to this day as Tongariro’s volcanic crater.

Despite more than 1,120 locations listed as UNESCO World Heritage Sites today, only 19 percent of are classed as natural formations, one of which is the Tongariro National Park.

Evolving as a natural wonderland for visitors, the park offers access to New Zealand’s best day hike; the Tongariro Crossing, as well as scenic flights, skiing, mountain biking, bird watching, canoeing, quad biking and climbing, it is important to remember its heritage.

And as one of just 29 Dual World Heritage Sites, UNESCO has recognised the park as being in the top two percent of culturally and naturally significant areas across the entire globe.

It’s little wonder then, that we attract more than a million visitors to the park every year, lured by the ethereal moonscape of alpine meadow, mineral lakes, tussock and native forest.

Through UNESCO recognition, and the work of local Iwi, the intangible connection expressed through Maori story-telling as kaitiakitanga or guardianship continues to influence the special realm of protection offered to this exceptionally special, spiritual place.